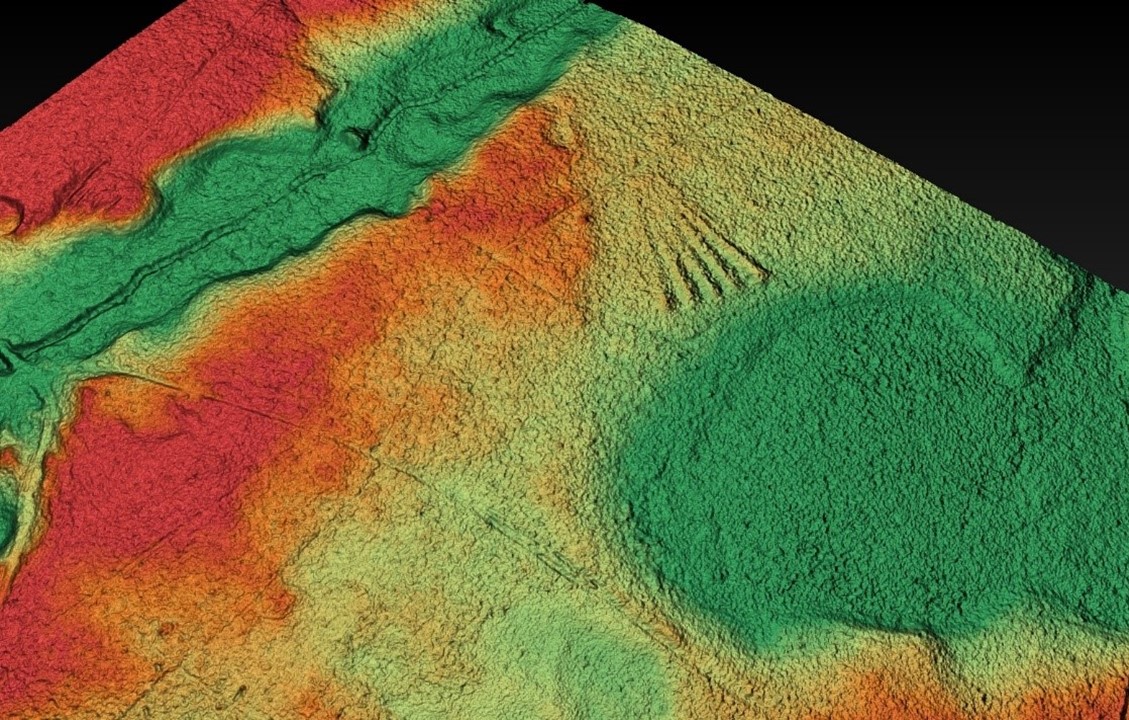 Researchers from the Archaeological Museum in collaboration with the Department of Archaeology, Adam Mickiewicz University are currently conducting excavations at Sobota near Poznań. The archaeological site has been identified in this location by analysing 3-D laser scanning (LiDAR) data, which revealed the presence of five interesting elongated earth structures. The structures are oriented approximately along the NW-SE axis, not fully parallel but slightly spreading out in a fan-shaped mode. They are wider at the base and characteristically thinning towards their tails.

These mysterious features are megalithic tombs dating approximately to 5,500 thousand years ago. Based on their characteristics, the researchers classified them as earthen long barrows built by the communities referred to as the Funnel Beaker culture.

Long barrows lined with stones were usually erected on top of single graves. Constructions of this kind are considered the oldest monumental tombs in this part of Europe. Similar structures, in the form of elongated rectangles or trapezoids, are known from England, western France and central Poland. The barrows discovered at Sobota are the first such features unearthed in central Wielkopolska (Greater Poland).

Geomagnetic surveys and geological drilling have already been carried out at the site. Currently, the researchers are excavating small sections of the earthen structures.

The research is funded by the Regional Conservator of Monuments and the Department of Archaeology, Adam Mickiewicz University, Poznań.